Over the lactation, many dairy farmers can have up to 20% of the herd lame. There are the obvious problems of having to treat the individual animal. This includes veterinary call outs and medical costs.

In addition, there are production losses. A lame cow may not show clinical signs of lameness for a number of days. But, during this time, they have reduced grazing and eating times so as to avoid standing (due to pain) and thus there are resultant milk production losses.

There is also the additional time spent bringing the lame cows to-and from the parlour. Some farms split the lame cows, away from the main herd and then have a sub-group to milk. This adds milking complexity and extra time.

Plus, there are welfare issues, as the animals are in pain and their immune system can often be compromised and they can thus be pre-disposed to other health related issues.

In effect it is better to try and stay on top of lameness through a multi-factorial approach. These include; proper road surfaces; clean housing environments to reduce the animals exposure to bugs that cause lameness (eg mortellaro), well balanced diets, routine hoof trimming, regular locomotion scoring to help identify the early onset of lameness and routine foot-bathing.

Hoofcount Footbath allows the farmer to automate the footbathing process. It simply fills the bath with water & the chemical itself (avoiding the farmer from having to do this hazardous task). It then counts the cow passes and automatically empties, self-washes and re-fills itself in just 3 minutes. 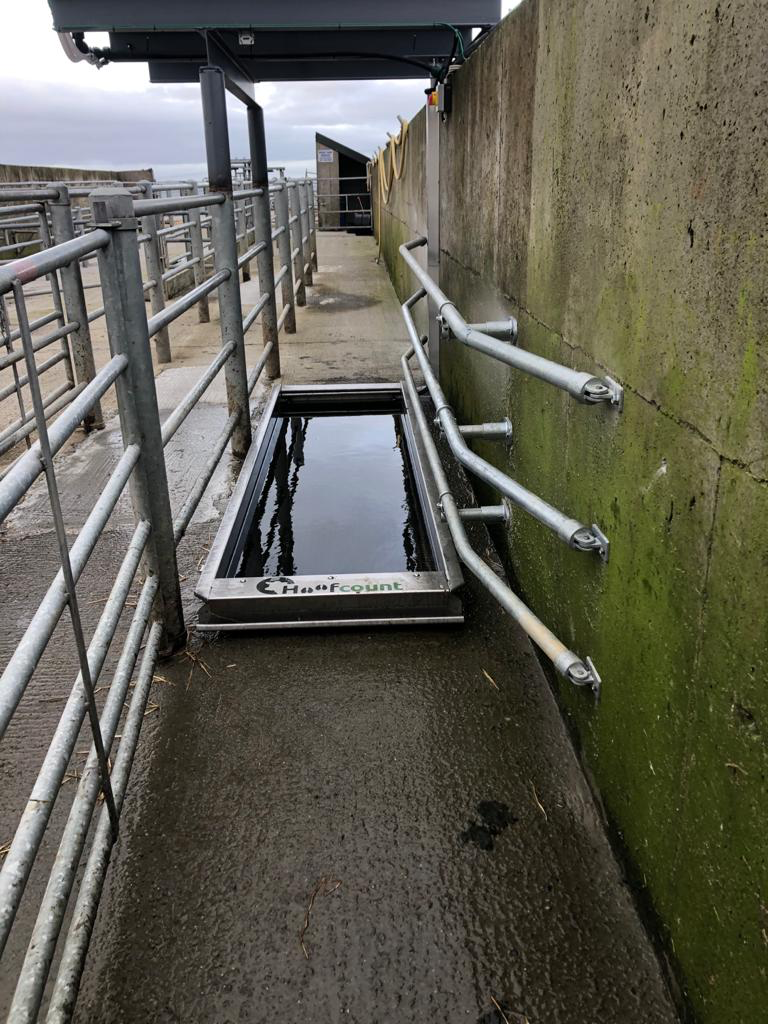